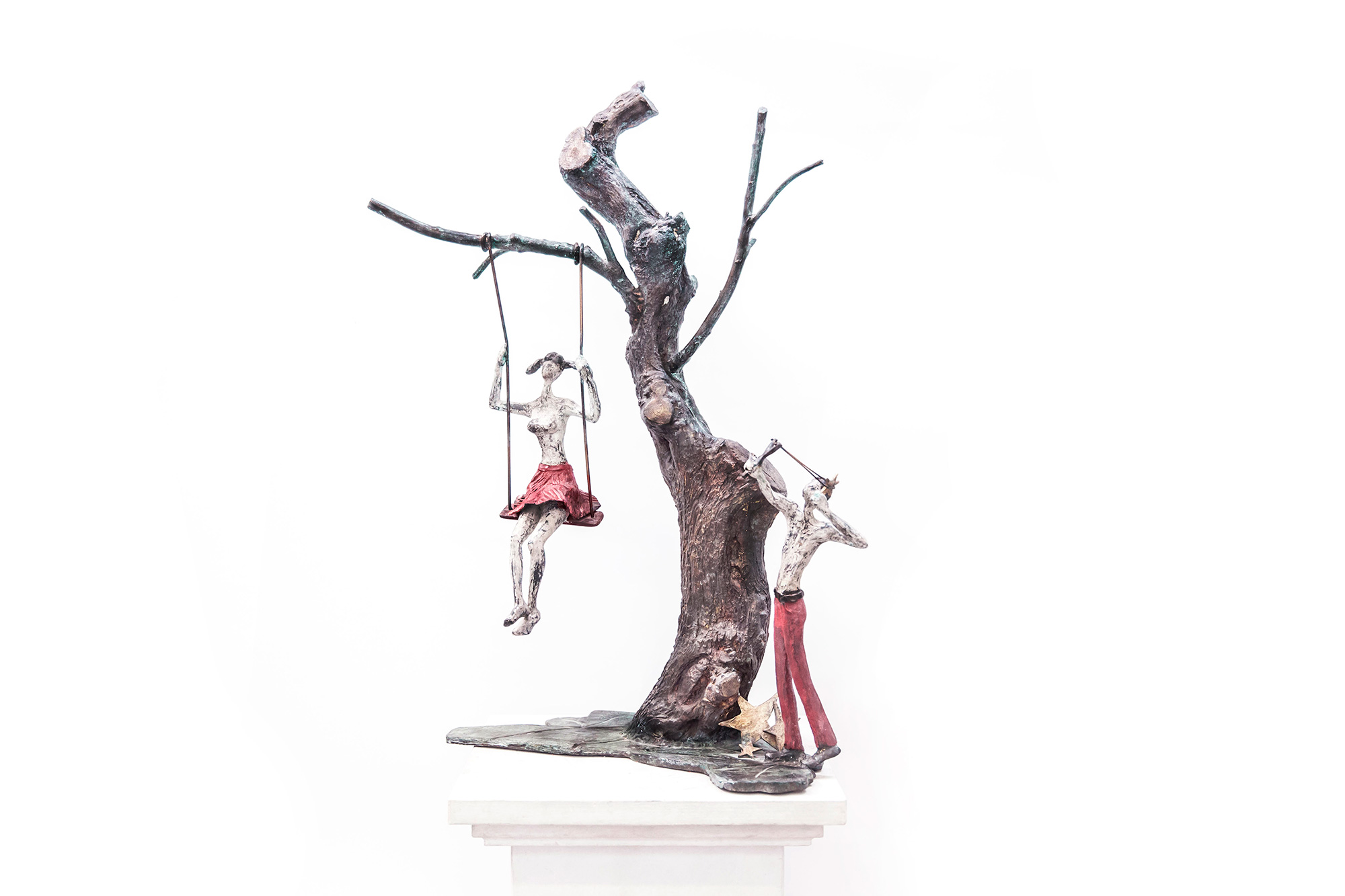 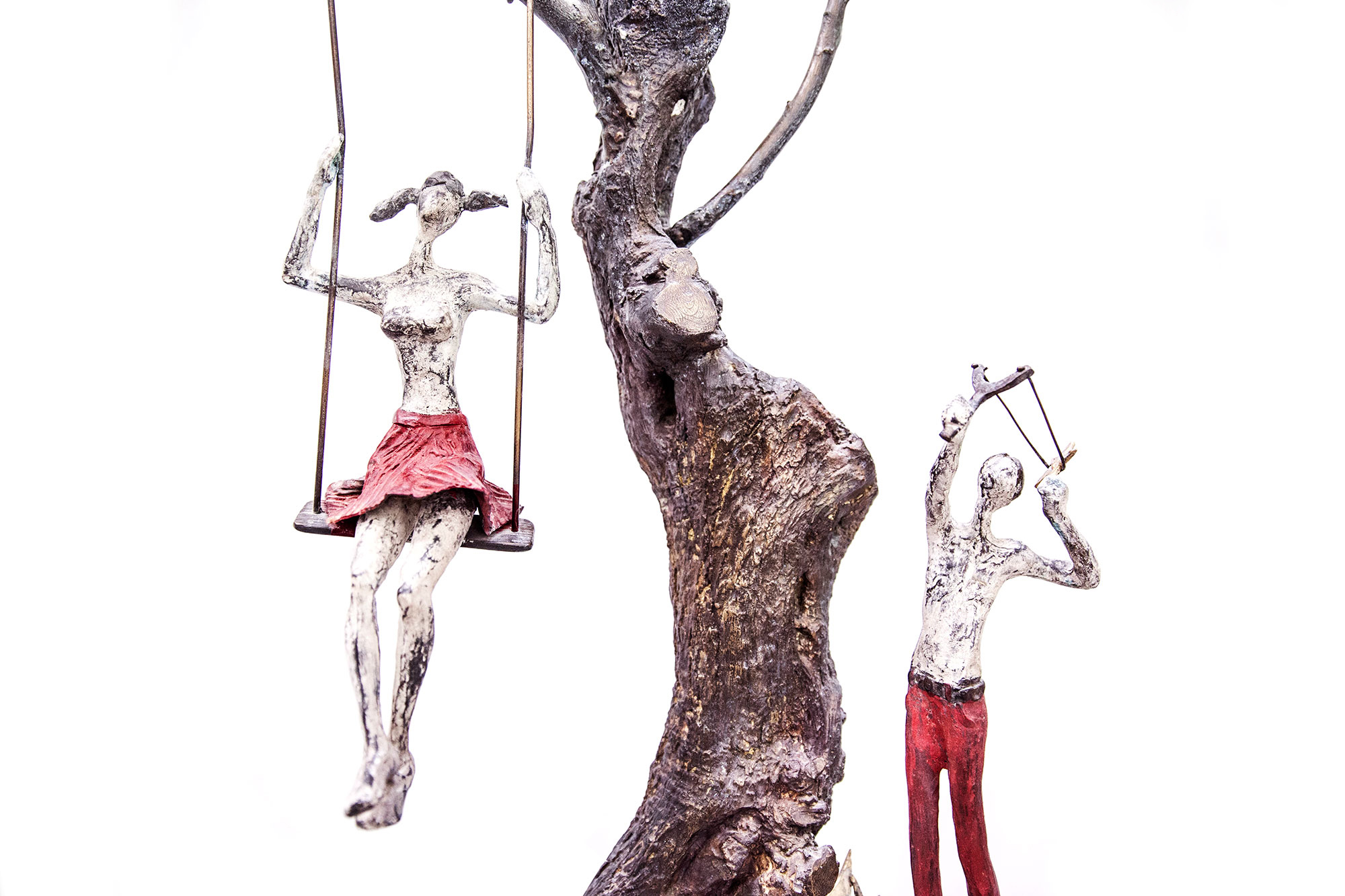 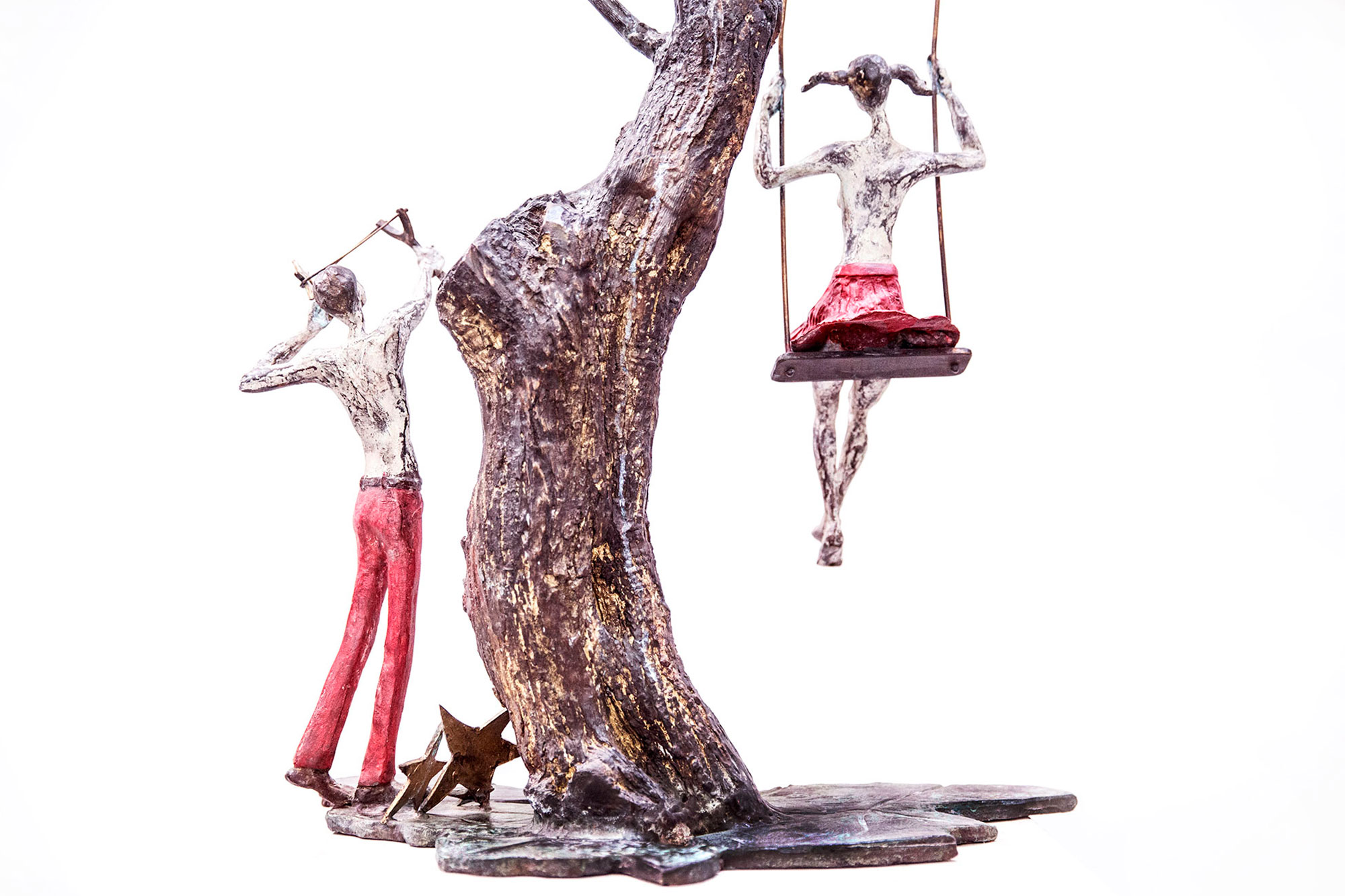 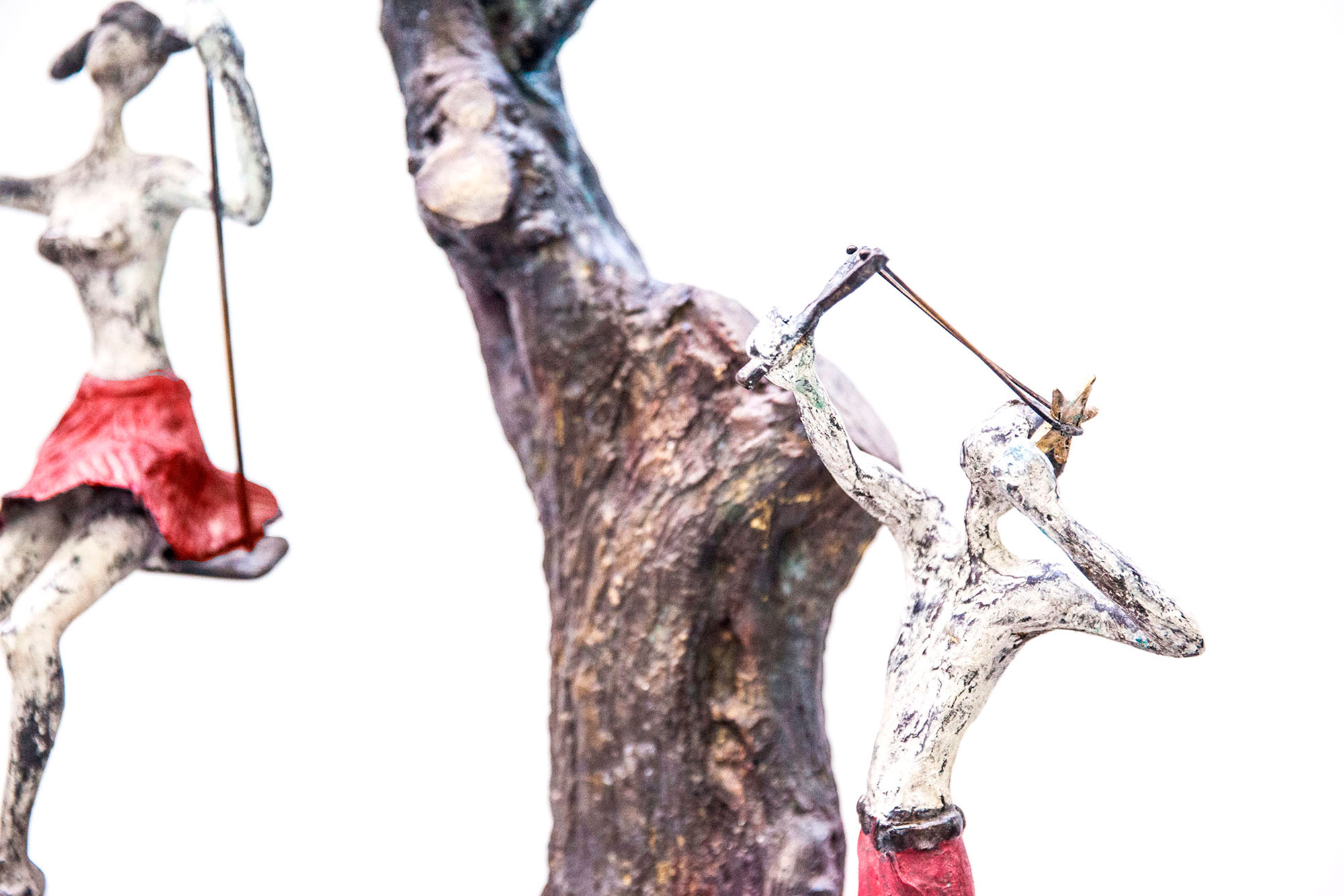 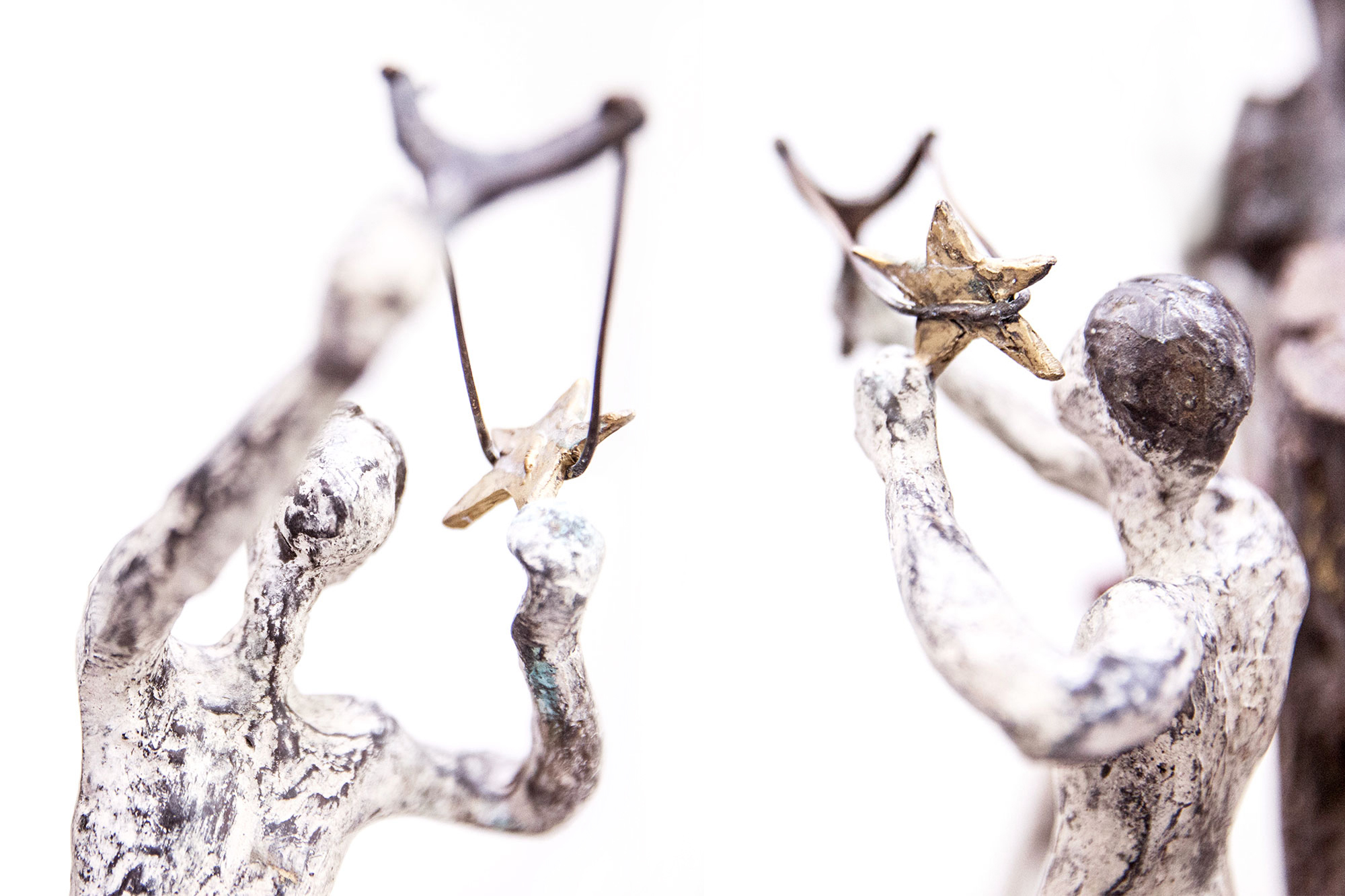 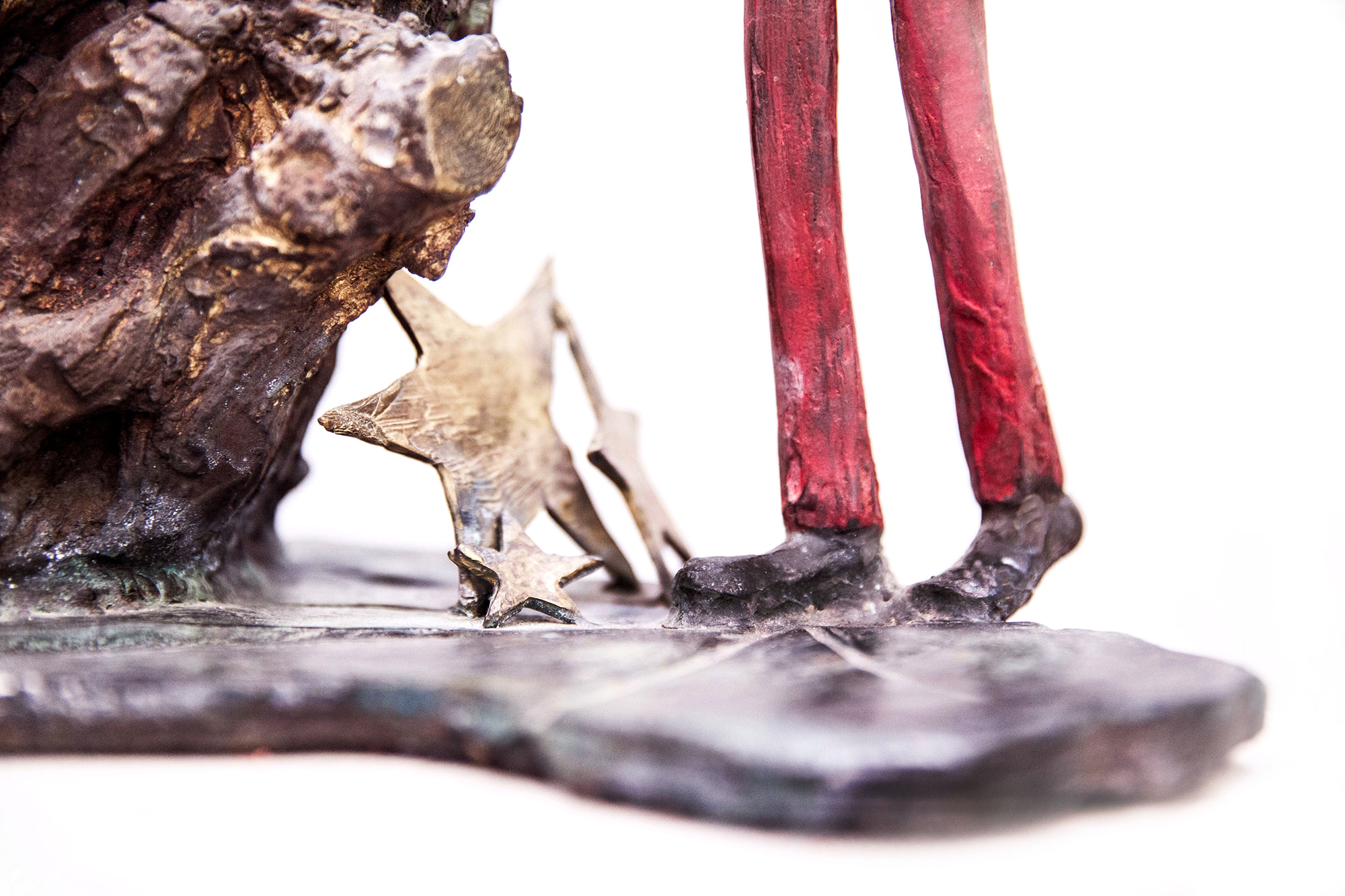 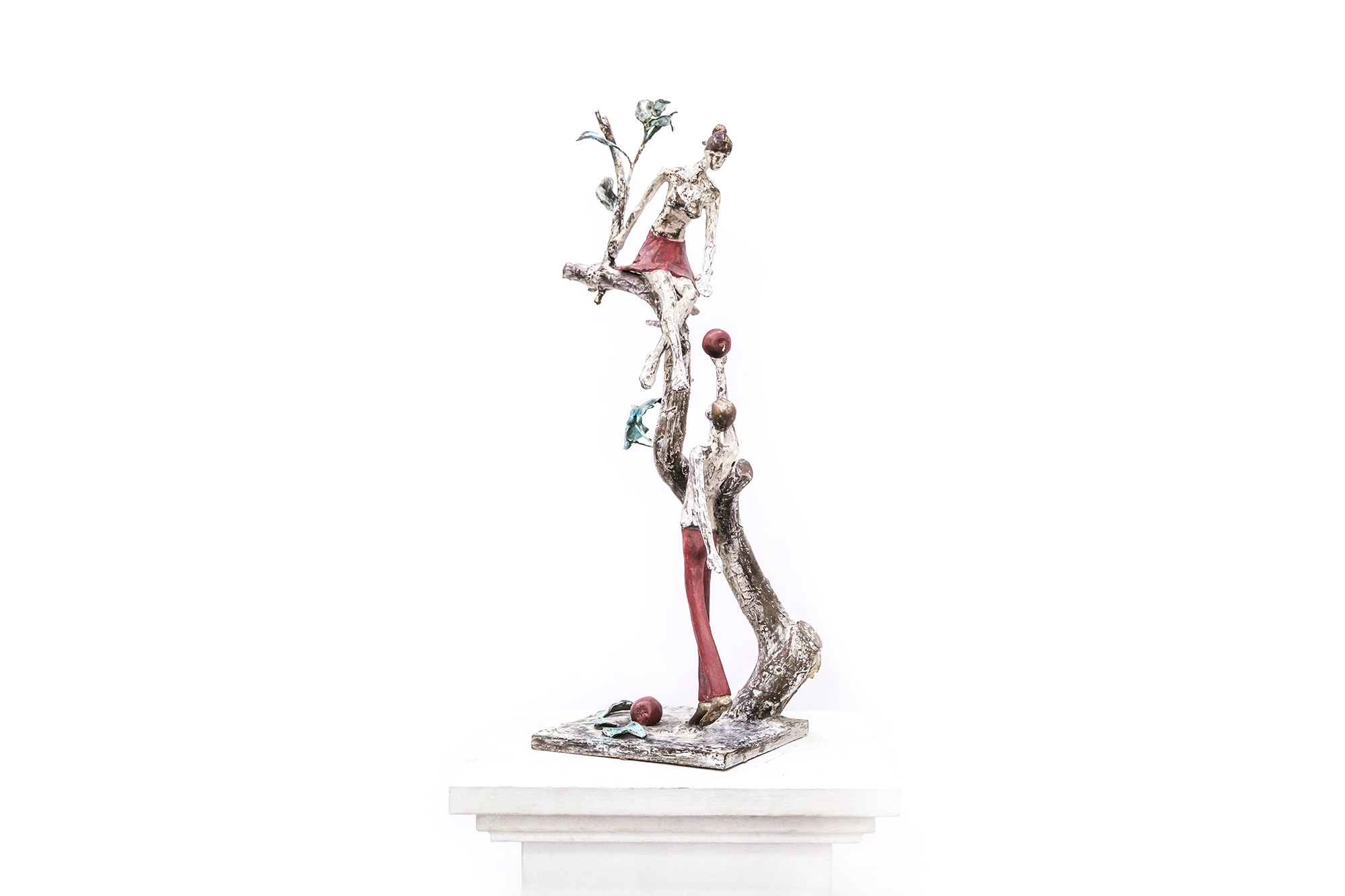 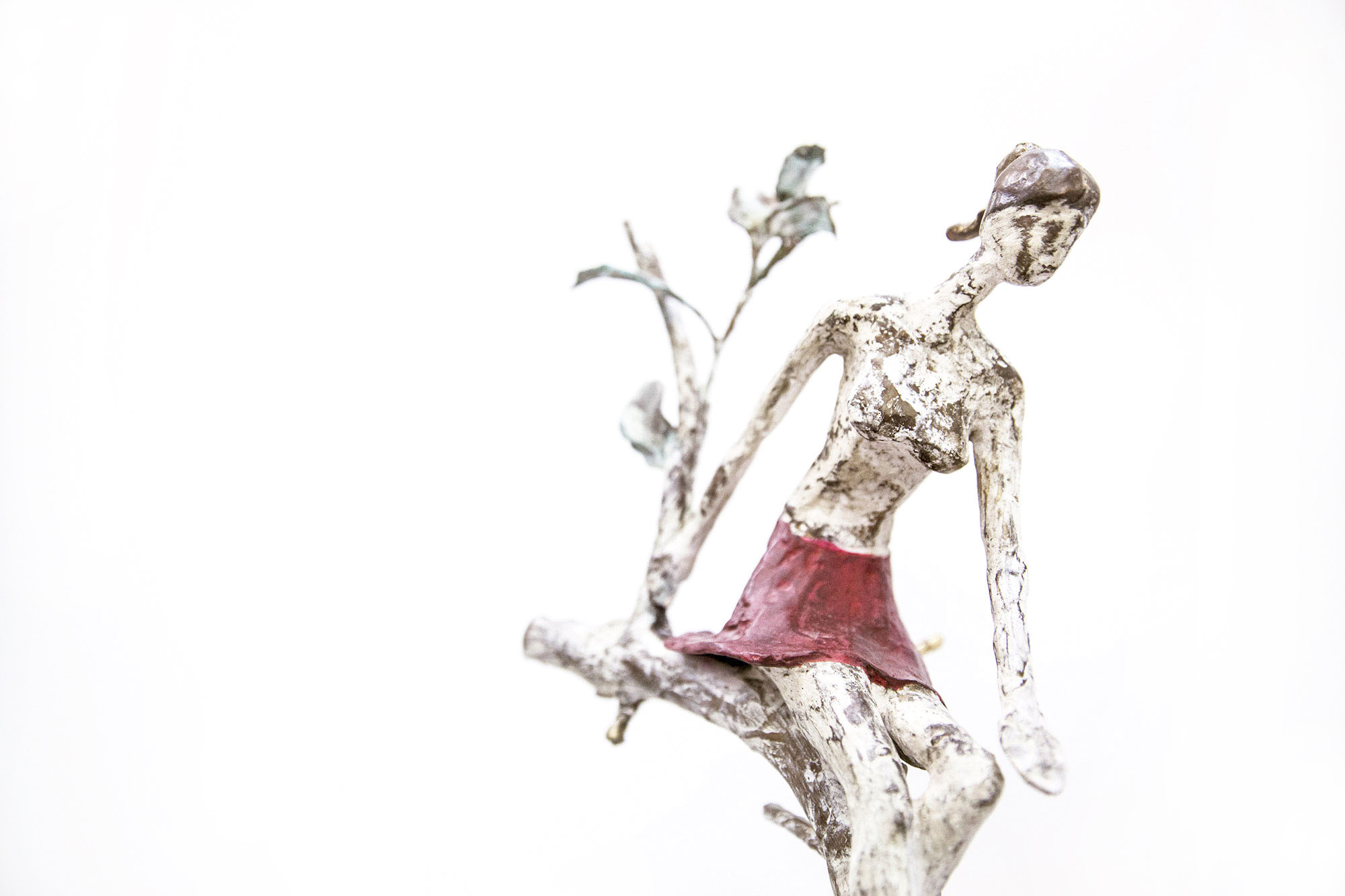 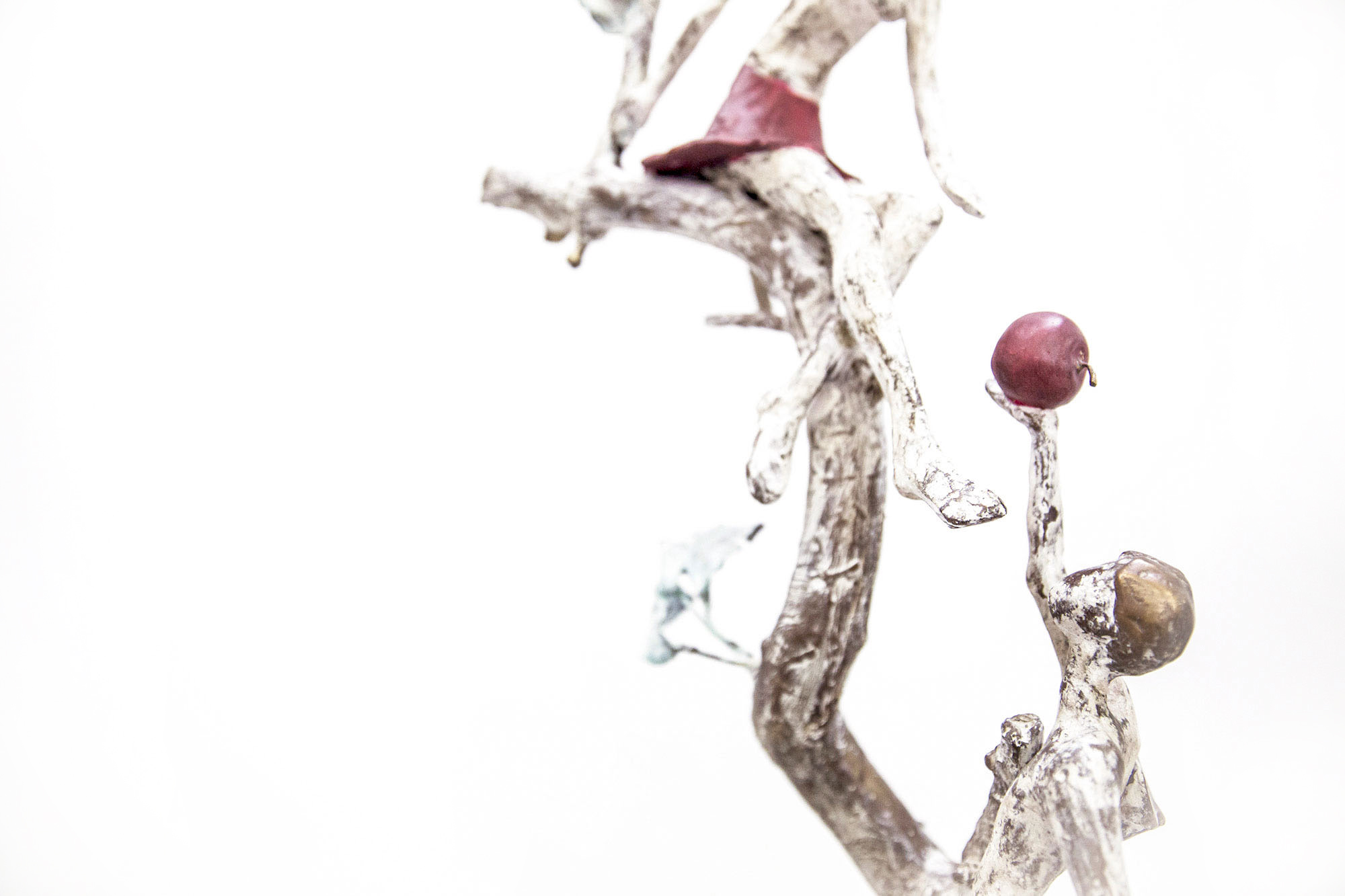 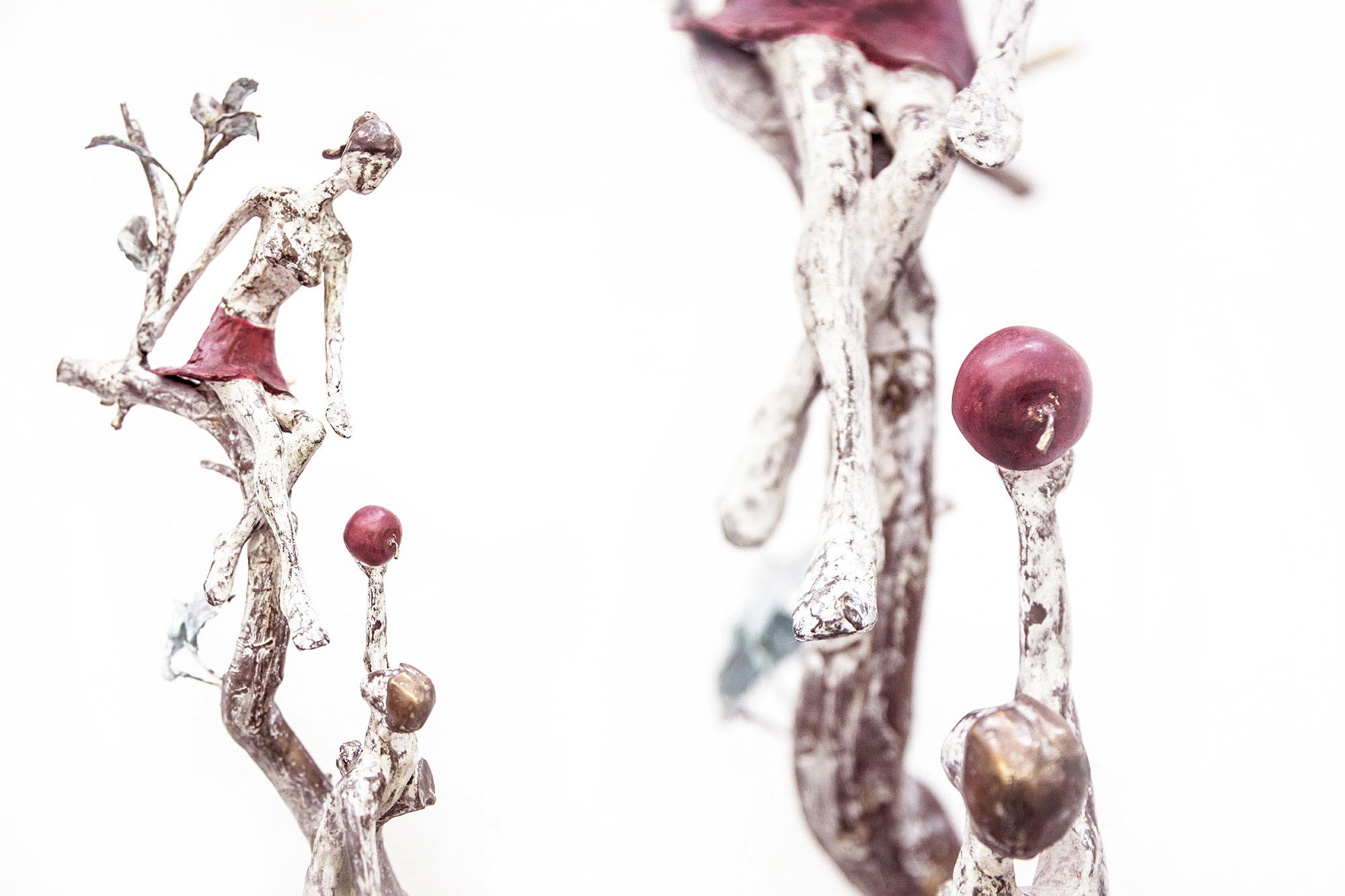 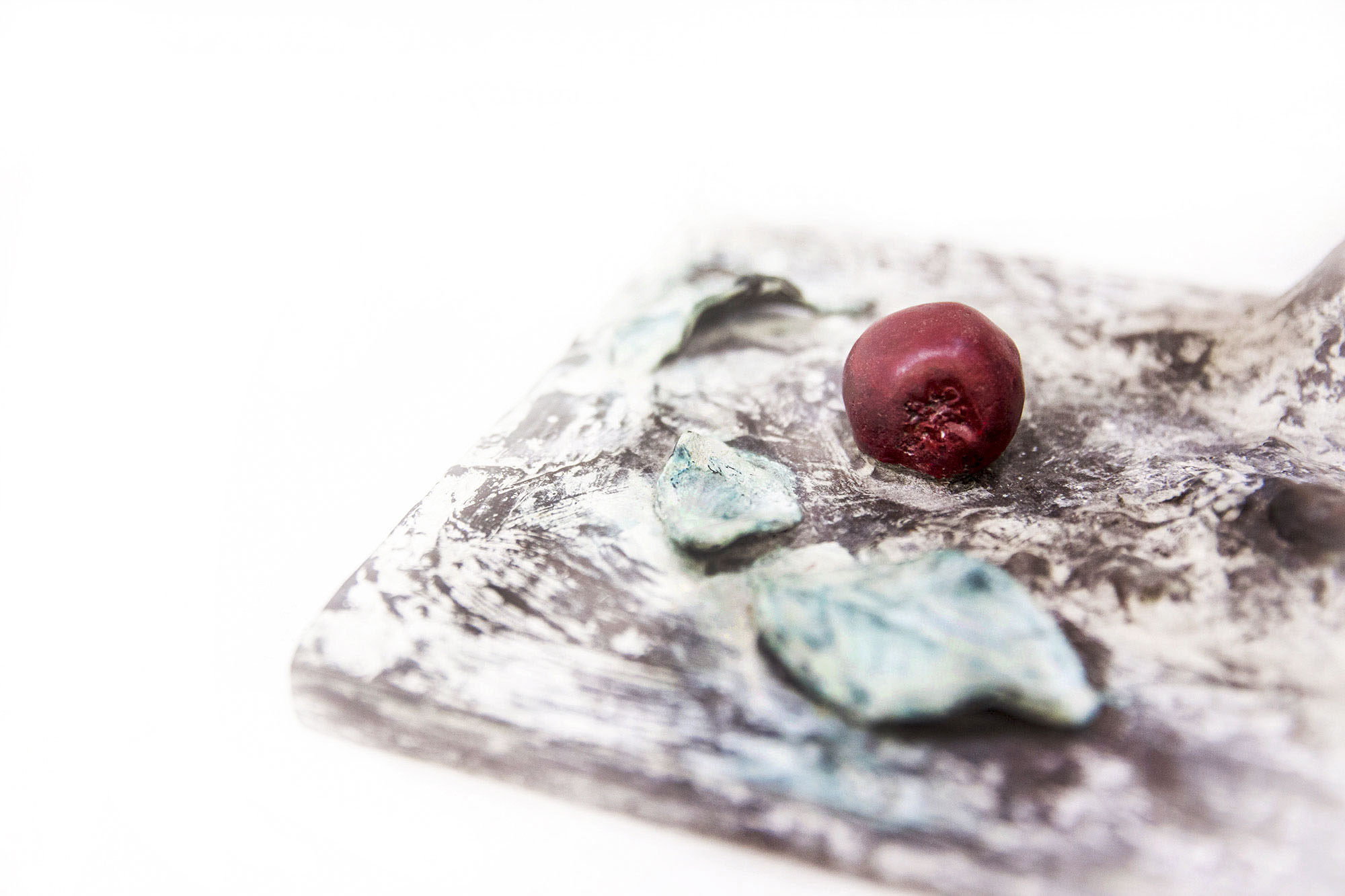 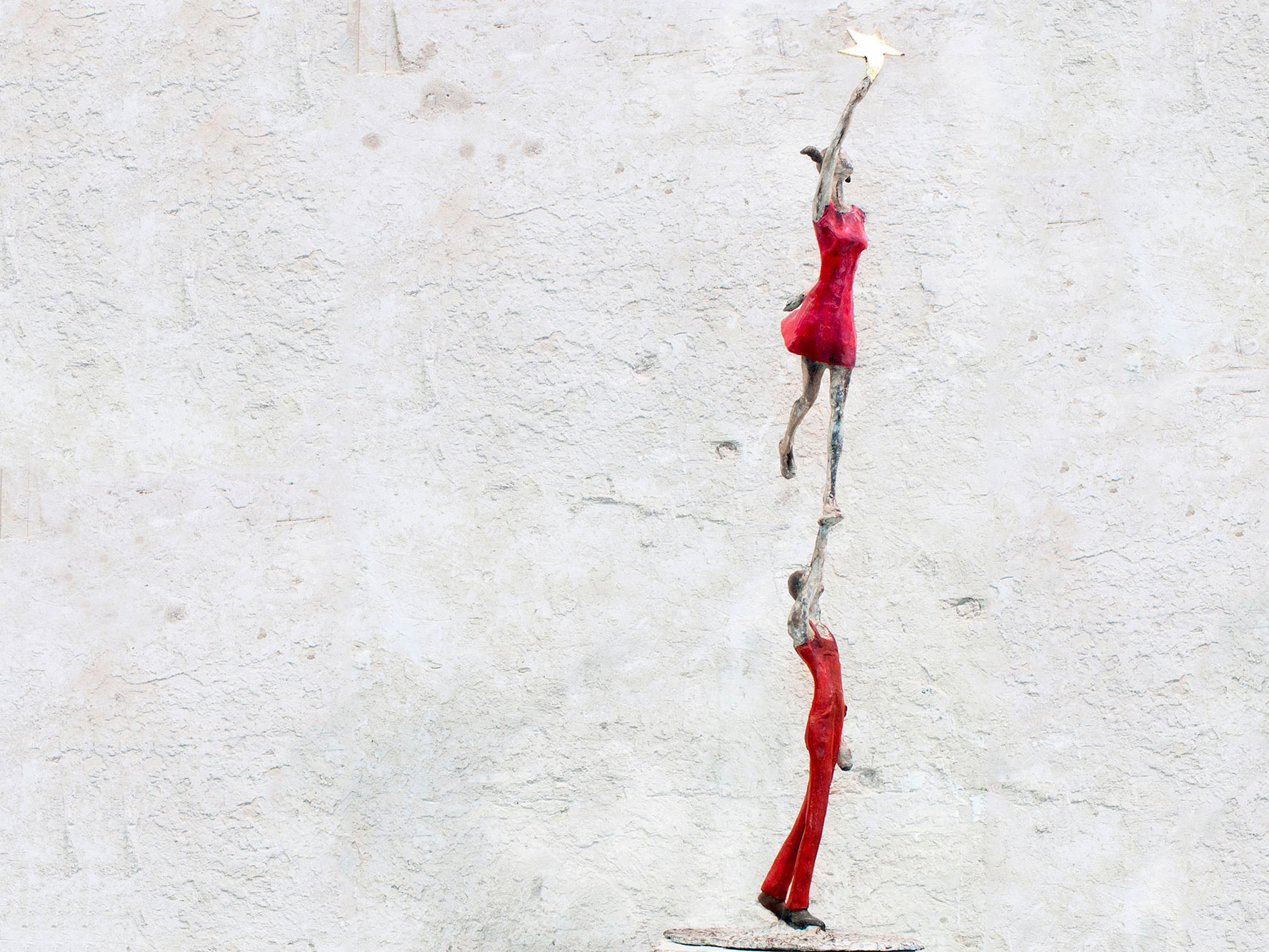 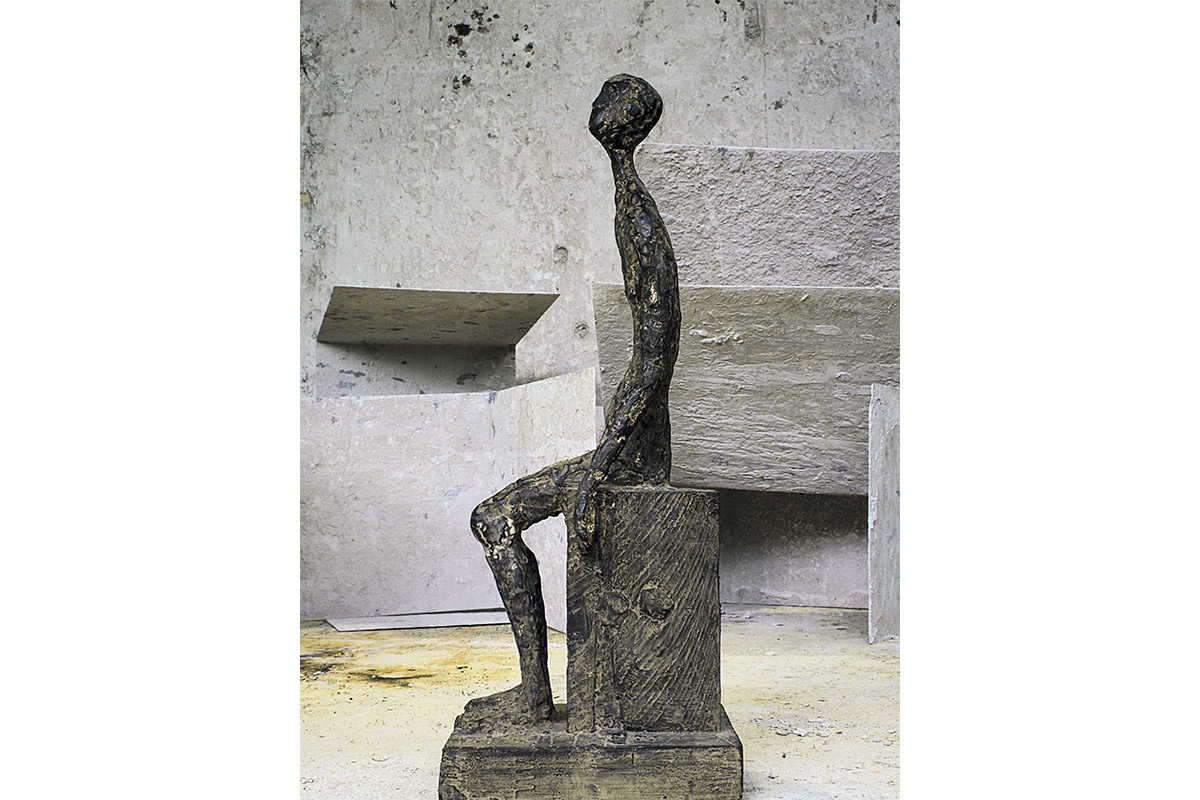 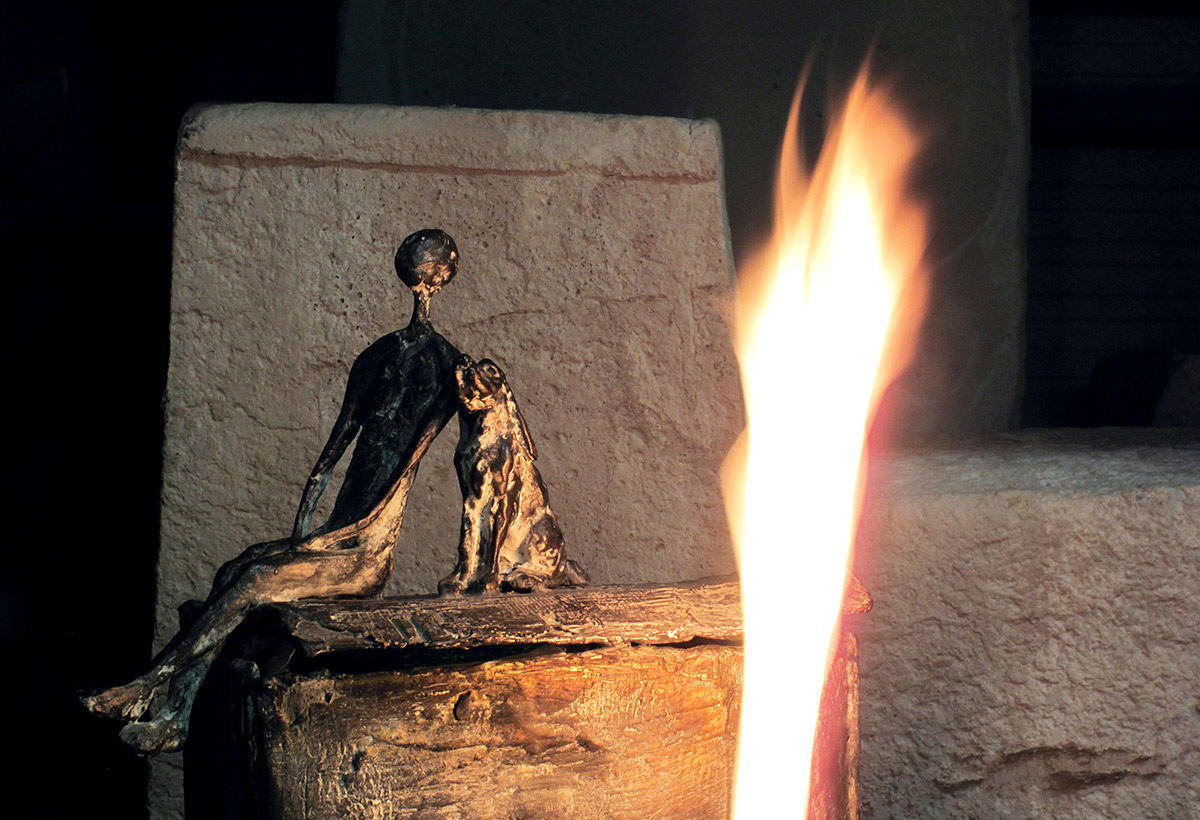 “Just like children, I believe that stars are magic. I would spend the whole night looking at them; the starry sky looks like a beautiful blanket.”

These sculptures reflect the rhetoric and the cliché relating to the representation of a couple and its complicity aiming at the achievement of one’s dreams and desires.

“I am deeply fascinated by the stories generally told to children about shooting stars as well as by those “legends” which regard stars as an evidence of the presence of someone who has died.”

In her work entitled “Contemplatore di stelle”, the artist began to stare at the sky, figuring out stories about the characters involved and accurately reproducing the surrounding elements with bronze just like the pedestal of the “Contemplatore” statue.